Froggy is a main character set to appear in Dream BBQ. They were first revealed in the Dream BBQ game trailer.

Froggy's main body is made up of a black frog hoodie with a white outline and two bulging eyes while also wearing a red necktie. Their face resembles a white mask or human face with shading. The lower half of their body consists of a purple skirt and a gray loincloth. Their legs are white with black shin wraps and they also wear green-beige getas.

Froggy alongside Taski Maiden, Ena, and an unnamed character. 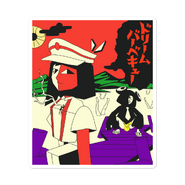 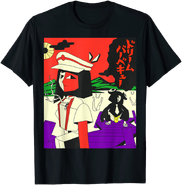 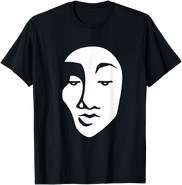 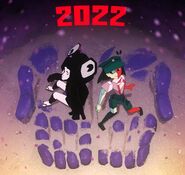 Ena and Froggy in a Dream BBQ teaser image.